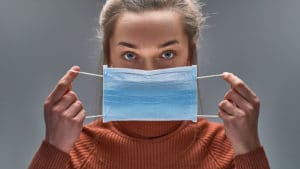 Heroin withdrawal symptoms can start within the first 24 hours of abstinence from consumption. Physical symptoms are immediately visible and they may have long term impacts on the health of the addict. Psychological symptoms can be slow to detect, but their impact can be far more destructive than physical symptoms. Heroin-withdrawal timeline depends on the duration, intensity, and volume of intake over the years.

Years of drug abuse can destroy the physical health of an addict beyond repair. Needle affiliation can lead to the disappearance of nerves from the hand surface forever. Addicts have often injected heroin into their groin to keep the euphoria unleashed. With their body turned into something better than a skeleton and a mind that is almost dead, they go on living with only one purpose. It is to find ways of getting the next dosage of a drug into their body and brain.

Physical symptoms of heroin withdrawal may start within a day after abstinence from using. Some of the most critical symptoms could b

Psychological symptoms can be experienced only by the addict, but its impact will be primarily on the family members.

The cracking down of the central nervous system can cause tremors in the entire body, especially in the legs and hands. He can’t hold a cup of coffee without spilling it all over. Climbing stairs looks like a punishment because of shaking legs. He may fear the prospect of a simple task like crossing a busy road over the pedestrian lane for the risk of being run over by a fast-moving vehicle.

Some forms of drug withdrawal may make the addict physically drained of the energy to the core. He may not able to perform his personal hygienic activities like going to the toilet and taking a shower. Physical hygiene can be complete disarray and his room may look like unclean garbage.

Some of the addicts may find their appetite to be completely dead while others may eat piles of food with no control. The causes could be attributed to getting that sense of going into the oblivion without any awareness of reality around them.

An addict’s mind has always been abnormal in many ways during his active using years. Now he is trying to stay away from heroin, the mind becomes restless. Looking for that elusive feeling of instant gratification, the mind is never free. Some of the heroin addicts may turn into what they think and believe to be soft alternates. It could be marijuana or alcohol.

The substitutions can only lead back to the heroin addiction relapse within a short time. Many of them have taken an overdose of OTC cough medicines, tried eating pain relief creams, or tried to gulp down bottles of turpentine oil or other liquids.

These narrations may seem to be exaggerations to those who know little or nothing about heroin withdrawal symptoms. But anyone who has experienced the rock bottom of addiction, the narration can be normal or even less than what he might have done.

Psychological Symptoms – Hallucination is Only the Beginning

An addict can see things and people that don’t exist in reality. He may hear voices from the walls and ceilings. He always has an incorrigible feeling that someone is out to get him and there is no escape for him. The constant feeling of fear could drive him to commit acts of insanity that could also result in crimes at times.

Fear can be from known sources or unknown and unseen also. He may often shutdown his room and may lock himself inside so that nobody knows he is inside. Most of the people he may fear could be his boss, colleagues, and bill collectors.

Constant feeling of restlessness could be due to discontentment and dejection. He is always driven by a constant urgency to get things done, but he is also haunted by a feeling of procrastination and lethargy. A normal person may be shocked to see how two opposing characters can exist within the same person. For the addict who has undergone all the trips, the split personality syndrome is normal.

Jekyll and Hyde Syndrome – Mind is always in Dilemma

An addict who is going through heroin withdrawal period suffers from Jekyll and Hyde syndrome in everyday life. Going down to the basics, he may not be able to choose between brushing his teeth first and drinking his coffee first. When this kind of dilemma reaches to the serious issues of life, he may commit a blunder that could be beyond redemption.

Heroin induced depression could be a natural part of his drug withdrawal syndrome. Sometimes he may want to purposely stay depressed so that he may get an excuse to convince himself for the next “joint” or the “shot” that he may wish to have. There are so many other withdrawal symptoms that a whole big novel can be written about him.

Heroin Withdrawal Treatments – Light is within the Tunnel

Fortunately and by the grace of higher power, there is still hope through Detox and rehab programs. The addict can overcome withdrawal symptoms through streamlined medications and post medication heroin addiction rehabilitation. If he is willing to keep his sobriety intact, he can find many support and recovery groups that he can reach on a phone call.

Death is Not the Only Negative Effect of Alcohol Misuse

Drug “Experimentation” in Youth Leads to Addiction in Adulthood